The Parable of the Burning House 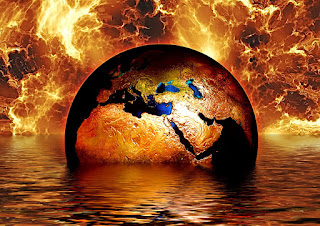 There's a buddhist story, from the Lotus Sutra  about a beautiful house where a wealthy man lived with his many children.  The children were all absorbed in their games and playing.

From the outside, the house looks idyllic, but in the corners, the walls are crumbling and small tongues of fire are creeping  along the walls.  The wealthy man suddenly sees that this is happening and runs outside the burning house to escape and shouts to his children telling them to flee.  But the children are too absorbed with their games and pay him no heed. Meanwhile the flames are growing higher and before long the house will be consumed by fire.

Then the wealthy man thinks of  a plan to lure the children out of the house.  He calls to them, telling them that outside the gate there are 3 carts full of toys, pulled by a goat, a deer and an oxen  - he calls out  'Come and see, come and see, you can play with the toys?'

The children run out of the burning house and the father takes them quickly across the courtyard, through the gates. However instead of 3 carts, they see a carriage  draped in satins covered with precious stones and pulled by a team of white bullocks.  The children are safe at last from the burning house.

This is a parable in which the father represents the Buddha and the children are all sentient beings. The fires represent the fires of old age, sickness and death. The cart pulled by white bullocks represents The Lotus Sutra and the path to enlightenment.

This story reminds me of Greta Thurnberg, Extinction Rebellion  and all the Climate Change protesters.  The burning house is the earth - the extinction of species after species on a daily basis; the destruction of animal habitats in Africa and the dwindling of the the wildlife populations due to encroachment of humans and poaching: of course the obvious analogy is the burning of the Amazon rainforests;  The tears of the father calling to his children  are the tears of Gaia, the Earth. 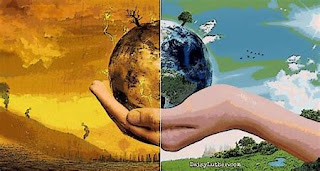 The children in the house are all of us,  so absorbed in our own lives, trying to survive, maintaining life-styles, making more and more money. We either carry on ignoring reality or denying it as we don't want to make the huge changes necessary to save the planet.  One of the children has escaped - Greta and is calling to the other children left in the house -


' Come on, it's your last chance to save yourselves and the world', and as she calls tears stream down her face, because people are complaining and making excuses and criticising what she and other protesters are doing to try and make us all aware of.

All they can say is


'Why can't they demonstrate somewhere else where they won't be disrupting traffic?' 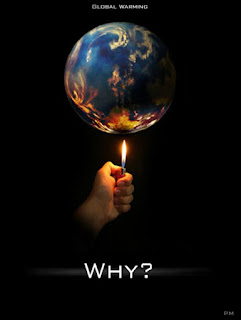 Well Boris, the dark cloud of Climate Change hangs over all of us and the activists who you like to make a joke of and insult with your clever words are actually trying to draw us out of the burning house.

I'm so grateful for all of the Climate Change activists - the school children, the college students, the people of all ages who are trying to make a difference, trying to bring us out of the burning house and out to safety.

I wrote a poem in a vague attempt to even brush past all the issues around Climate Change  that worry me, anger me, enrage me, make me feel hopeless on a daily basis..... they range from tiny to massive and they make me feel ….. helpless. 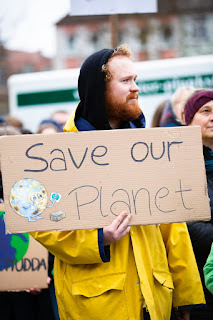 Plastic plastic everywhere
Bags on the street
Bags in the sea
Microplastic we drink, fish swallow, we eat
Shrink-wrapped cucumber
Plastic bottles – oceans of them
Recycling, biodegrading, burning
Dumping our recyclable waste far away
to pollute distant lands, out of sight, not our problem. 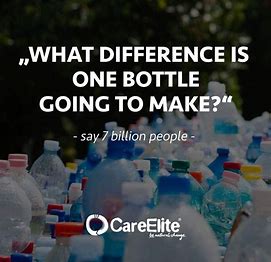 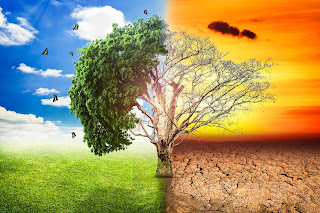 I go into overwhelm
and switch off,
pull the duvet over my head
close down, turn away, block my ears 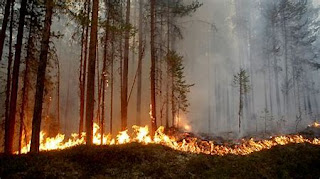 Open your minds, open your eyes
Open your hearts.  Face the truth 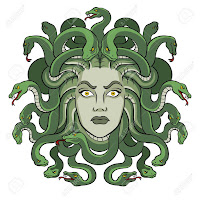 Medusa from Greek mythology  - Gorgon Medusa. The mythological Greek hero Perseus performed a service to mankind by ridding the world of her fearsome power. He cut off her head, with the help of gifts from Hades

Inspired by a talk by Joanna Macey (Active Hope) Environmentalist.