Hermanus and the Leviathan 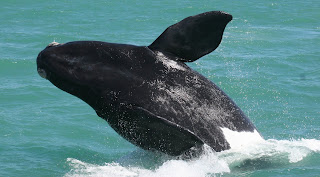 Bumped into a fellow poet/friend at local cafe bar today. He'd been away in Cape Town (my favourite place in the world). He'd also had a tough time as he'd become v ill there and been in a hospital clinic for 2 weeks of his visit and was still feeling delicate. Anyway, he told me he'd spent some time in Hermanus - about 50 miles east of Cape Town - a beautiful spot that I know well.
Hermanus is a town built on a vast bay, looking over a huge tract of the ocean. A few years ago I was there and stayed in the lovely backpack hostel, sharing traveller's tales with the usual interesting bunch of people you get at backpacker's hostels. 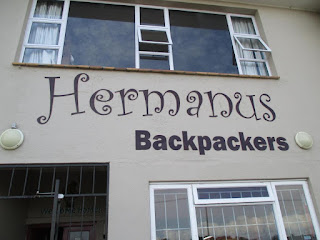 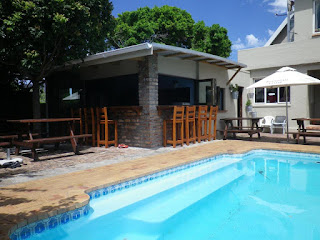 Every day, I took my towel and costume, stopped off en route to the bay to pick up stuff for lunch - french loaves, hard-boiled eggs, tomatoes and cheeses and then walked down the spiralling clifftop path to the seawater swimming pool hidden in the rocks and swam and sunbathed and picnicked all day.
One day though I did something different. I knew that whales came to spawn in this enormous sweeping ocean bay and I wanted to see them, or at least one. It was not an option for me to go out on one of the boat trips to see the whales as I get badly seasick, even on small boats. I'd just be throwing up.  So I was resigned that I would never get a close-up view.  Also, I was there at the wrong time of year, January  The best time to see whales, I was told, was in September/October when the huge Southern Right whales come to the ocean bay at Hermanus to spawn.  However, I went to a cafe on the first floor with big windows that I'd been told about in the hostel. It was close to the cliffside promontory overlooking the ocean.  At least I might be able to see in the far distance the giant whales breaching and falling into the ocean.
Later I wrote a poem about my experience, I was so lucky that day - a poem I have performed quite a few times for events organised by Enfield Poets. My Crouch End poet friend had not heard it so I'm putting this up for you Alan. Hope you like it, it commemorates a truly magical experience for me, in Hermanus -

An angel guided me the day I saw her,
the season was wrong, but my angel had other ideas.

That morning in Hermanus, my first guide
sent me to the café upstairs, its large glass windows
were open to the vast Atlantic bay.

My mind took flight, my heart on fire and
I felt favoured by the gods of the sea,
but my angel had more for me that mystic day.

Then my guide saw her – the angel-led leviathan
a sixty-foot Southern Right titan, grazing on the distant shoreline,
moving slowly towards us.

Winged feet carried me to the close-by rocky hill, to gaze down
as she ambled along, her twenty-foot baby just submerged behind.

They browsed along the rocks below and I held my breath,
counting the barnacles along her back, watching in awe
until both were out of sight.

Since that time, my memory takes flight now and then,
lifting over the swelling ocean towards the joyous breaching
and the day I saw the whale. 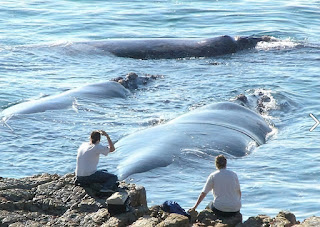 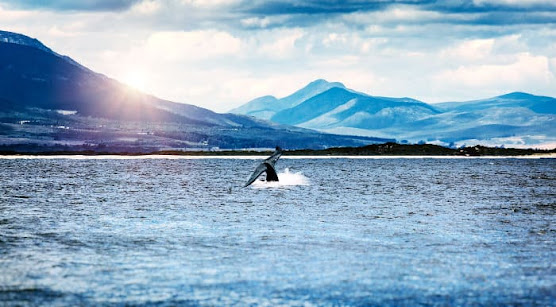 There are two poetry events coming up in the next week that I and many other poets are involved with.

First a Poem-athon in Enfield

AT THE DUGDALE CENTRE

NOT A BAD WORD

An Evening of Poetry & Music

With Open mic for poets