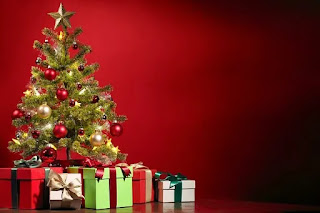 This year for the first time in many years, I'm looking forward to Xmas.  It's very odd.  I'm a Buddhist a full-on practicing, Buddhist, not one of those part-time Buddhists who have a buddha statue in the garden and tell everyone it's the one religion they'd follow if ....

The Three Jewels of Buddhism - Buddha, Dharma, Sangha
Dharma = teachings, scriptures, Sangha = community of Buddhists
I'm part of a Buddhist community that meets for a weekly community get-together (OK on Zoom currently) that celebrates Buddhist festivals which ritual, chanting, meditation and regularly go on retreat together. Sometimes they drive me nuts and sometimes I drive them nuts but we stick it out together, we have a common purpose - 'the fellowship of those who tread the Way. We have made commitments to follow some precepts - here's the five that all 'mitras' (committed Buddhists) follow:

... to undertake to abstain from taking life

...to abstain from taking the not given

... to abstain from sexual misconduct

... to abstain from false/harsh/useless speech speech

... to undertake to abstain from taking intoxicants

These have been hotly debated and discussed for several thousand years, probably since the time of the Buddha who lived around 500 BCE, but remain substantially the same.  Each one has wide interpretations for example - not to take life can mean anything from killing people, or animals (hence vegans and vegetarians) to abuse of any sort towards others. It can include any sort of unkindness to animals or people. Not taking the not given, can mean taking anything from your employer's stationery cupboard, to picking up a phone on a bus and not making efforts to trace the owner; sexual misconduct can relate to watching unpleasant porn or sleeping with someone else's boyfriend or girlfriend, intoxicants can mean any substance that alters your clarity of mind. 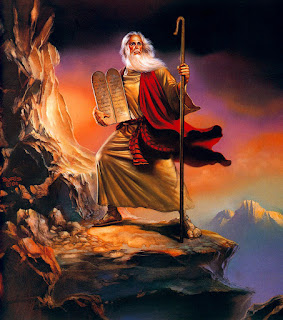 The Buddhist precepts on the other hand are not administered with such dire warnings by patriarchal church figures.  They are undertakings, in other words you choose to follow them, and none of your Buddhist community or teachers will take out a big verbal stick to you if you don't keep to the letter of the law (well they might if you killed someone). 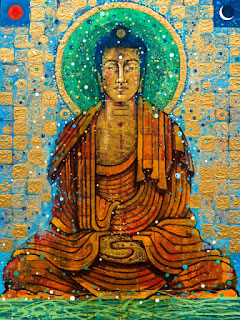 Right.  I'm going to stop now.  I don't want you to think I'm on a conversion crusade.  I'm not.  I'm just trying to correct a few misconceptions I come across about Buddhists. I've been a practicing Buddhist for 35 years  Oh one more misconception - some people think you must be a really good, chilled out, calm human being if you're a long term Buddhist - just to say I've still got a long way to go to achieve that, or to achieve enlightenment- like most Buddhists I know (although I always imagine all the other Buddhists are a lot further down the path to reaching the magic balance between wisdom and compassion than I am).

No! I really am going to stop now.  Make of all that what you will.  I started off by saying how much I'm looking forward to Xmas  - not a day I've celebrated a great deal in the last 10 years, not more than the occasional nut roast etc -because of being a Buddhist and other things eg. the whole commercial thing and family stuff. This time, we've all spent 9-10 months in virtual isolation.  Did I say 'virtual' ffs (oops there goes my speech precepts again). Sometimes I spend the weekends AND weekdays on Zoom.  I've so had enough.  And we Buddhists are very touchy feely huggy people on the whole.  Not any more.  I miss that a lot. 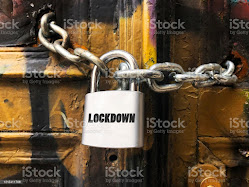 Due to the lockdown(s), both my daughters now work exclusively from home and may well continue to do so for a long time to come.  As it happens they've both been quite pleased about it.  One because she hates office life, one because she now has a 2-year-old. .. and although he's been in nursery (since they opened again) 2 days a week or is with one or other set of grandparents(eg. me) 2 days a week, she's been able to spend a lot more time with him than she ever could have imagined. Many people may never go back to full-time office work.  And you can live anywhere in this country - as long as it's got good commutable transport and wi-fi, you might need to check-in physically at the office a couple of days a week only.  Everything has changed.

Maybe that's why Christmas is so important this year. It's a reference point of stability after a year of change and disorder where all the rulebooks and social norms have been piled on a bonfire. So many of my friends have polarised into different directions with their interpretation of how not to get the virus - I can't keep up, the situation has induced mass neurosis.  Calm and stability need to be re-established. 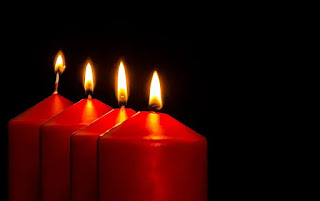 Christmas means my small family can come together and spend time with me. It'll be a social occasion.  A real live social occasion.  They will eat chicken (free-range organic), I will eat nut roast and roast potatoes and cauliflower cheese and carrots and Brussel sprouts and... and .. and Xmas pud and pull crackers and open presents.  Oh, what fun.  We can play games, watch a blockbuster movie, chill out ... together.  I'm going to wear a jumper with a reindeer and a Christmas tree on it and a red hat with white bits and a bell.   The Christmas table is going to be red, with gold candles and gold crackers.  ...  I can't wait. 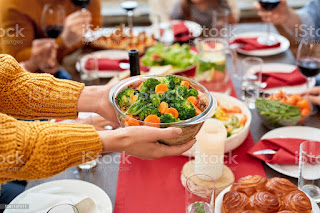 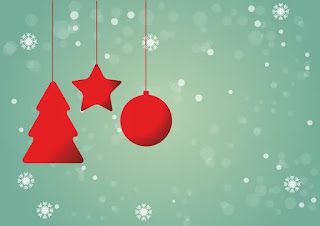