Not the same as fiction 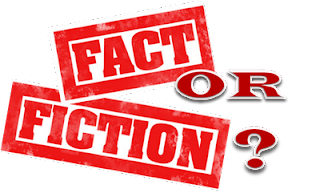 The other day a fellow writer who writes fiction said ‘but memoir writing is virtually the same as fiction – when you write dialogue, you can’t remember the exact words spoken so you make it up.’ At the time I pointed out a couple of reasons why this statement is inaccurate, but I’d like to expand on what I said at the time with a loud voice!
As a memoir writer, I have often been told, ‘Why don’t you just tell your story as fiction – many writers do?  You avoid lots of problems that way.’  And in my local bookshop, they told me – ‘no we don’t have a special memoir section, it doesn’t sell – well only celeb stories.’
To answer the second point first – I like reading memoir and also crime fiction, at the moment.  Crime fiction I’ve come to quite late in life.  Maybe it’s a phase.  Memoirs I’ve always liked to read, I enjoy reading stories that are ‘true’.  Often they are breathtakingly extraordinary.
And I’ve had an interesting life, many stories to tell, better than fiction in my opinion.  I feel it’s my duty to tell some of those stories – if only for historical reference for those born after many of the events. So I’m currently writing my second memoir.  The first A Hippopotamus at the Table was set in 70s South Africa.  The second is set in the London and Indonesia of the early noughties. I’ve also been teaching memoir writing over the last year or so to small but enthusiastic groups.  So I do (I think) have a grasp of my subject area/genre.  And those of us who write memoir have a particular calling to write truth (as we see it) and NOT fiction.  We’re driven if you like. And it's not easy, it takes courage as there's no where to hide.
Returning to the first point - is writing dialogue for memoir the same as writing dialogue for fiction?  A resounding NO from me on that one. Here’s a quote from someone, far more eminent than I am, who teaches memoir writing – the American Professor Judith Barrington in her book ‘Writing the Memoir’:


‘…who can remember the exact dialogue that took place at breakfast forty years ago?  And if you can make up dialogue, change the name and hair colour of a character to protect the privacy of the living, or even as some memoirists do – reorder events to make the story work better, how is that different from fiction?’
Her answer to the question sums it up so well –

‘In memoir, the author stands behind her story saying to the world: this happened, this is true. What is important about this assertion is the effect on the reader – he [or she] reads it believing it to be remembered experience, which in turn requires the writer to be an unflinchingly reliable narrator.’


In fiction … if a writer presents it as fiction, the reader will usually perceive it as fiction. … in memoir (the reader’s perception is that there is a) 'central commitment not to fictionalise.’


Dialogue in fiction is created by the writer as between two fictional characters, they may speak in a way that imagined characters might speak, they may say things the imagined characters might need to say to move the story forward, they might even speak to the reader in first person,  but everything, both characters and dialogue is fiction, created in the mind of the writer.  That writer might even base this dialogue on other dialogues the writer has heard, but the content, the events, the character of the speakers are entirely invented.


Dialogue in memoir might seem to be made up, as the writer rarely has perfect recall of conversations from the past.  However, the memoir writer has (usually) a reasonable recall of the persons speaking, their characters, appearance, circumstances, age, social status, their attitudes and their relationship to the other person with whom they are in dialogue.


For example, when, in my book, I wrote dialogue between myself and my then husband  in 1975, I couldn’t remember the exact wording, but I knew what we looked like, how we thought, what we knew and what our situation was in that place in time pretty exactly.  I knew the way he spoke and the way the two of us interacted, the humour, the teasing, the way we were towards each other.  Similarly with friends of different ages and acquaintances – I remember their characters, how they spoke, what their accent was and how they interacted with me and each other.


So when I write dialogue in any of my memoirs or autobiographical stories – No! No! No! It is NEVER the same as fiction.  I can stand behind what is being said and discussed and say ‘This is true.’
Posted by Anna Meryt - About Me No comments:

The Spaces In Between

'.... she trusts her reader to fill in the gaps. 'Do not underestimate the silences or breaks in a line,' she urges. Well I don't. Here such quietnesses surely amount to silent screams.'
Candia McWilliam, Guardian article re her memoir, What to Look for in Winter.

I have realised that some of my best photographs (I am a keen amateur photographer) have a lot of space in them, a lot.  There's one of a beach, in the foreground there is a large expanse of sand and pebbles, small waves spreading over wet sand, grey sea.  In the distance are small figures, paddling.  The colours are soft and muted.  It is so very British - there are no lush tropical colours about this beach. I took the picture a few years ago on a beach in West Sussex. Candia's words somehow reminded me of that picture..  I can look at it many times and enjoy the quietness, the coolness, the delicate colours and most of all the space, which gives it a timeless dreamy quality.

Sometimes what makes good writing is not what is said, what is in the foreground, it is the spaces in between. Maybe that's also what makes good art - the use of space. Pinter and Beckett were masters of this art. - was it The Birthday Party or The Homecoming where Pinter's character's show so brilliantly our human struggle to communicate with so few words spoken and so many pauses in the dialogue? The silences are heavily laden with sometimes hostility, sometimes grief or sadness.  Sometimes just boredom. Beckett too in Waiting for Godot uses silence to powerful effect.

Writing good dialogue keeps words to a minimum and leaves so much unsaid.  Just as in real life. If you listen to conversation amongst a group of people, what creates atmosphere and highlights the existential pain is not how we communicate, it is how we don't.

To be able to create that as a writer - that's what makes for great writing.
Posted by Anna Meryt - About Me No comments: