My second memoir is in progress.  Ages ago I entered Chapter One  of 'Beyond the Bounds' into the Winchester Writers Festival, Memoir Competition and this week heard that I got a Highly Commended place in the competition. So that was good. Here's the link - Results - Memoir Competition.

Actually I say 'in  progress' but it got stalled at the end of Chapter 10 which I wrote in Morocco in March.  Since then my attention's been on another book I'm writing - called Writing Memoir How to Tell a Story from Your Life which is nearly finished - another half chapter to write, plus some expanding on the other chapters, some art work to put in and it's done.  Oh and the cover - there's a few contenders at the moment, but one seems to be more popular with all my networks.  Watch this Space.

Someone just asked me about how I'm going to publish.... Are you sending it out to publishers?  Well no, I consider myself a veteran Indie Author now.  Just been reading a blog article by author Emily Benet on her publishing journey.  She's just self published (having previously published the conventional way) her new book called The Hen Party - love the cover Emily. Check it out.  We Indies have to support each other.

Her article is about the stigma that still attaches to being self-published.   There's still an attitude amongst many that if a book is any good a big publisher will have taken it on. Otherwise it's probably badly written.  Nowadays this is simply not the case. The attitude goes back to what were called 'vanity' presses, who charged lots of money to publish someone's book with a fancy cover, so they could give it out to family and friends.  They did not worry about quality as long as they were paid. Many people got stuck on thinking self-publishing is in that category. NO.  NOT ANY MORE I SHOUT. Amazon reports that a large percentage of their best -selling authors are now indie authors.  I have often felt the dismissal of bookshops and others in the publishing world  and authors even, towards indie authors.

Did you know  that '70% of adult fiction sales 'were e-books last year'.  Did you also know that 'in the October 2016 Author Earnings Report the Big 5 publishers share of the market continued to fall.  Indie authors and Amazon imprints [now] account for over 50% of market share. Without smarter e-book pricing, traditional publishers will continue to see declining sales in that format'.  Quotes are from this article.

When big publishers turn you down, as Emily Benet's article points out, it's often nothing to do with the quality of the writing.  It's because they already have an author of similar genre or story type on their list.  Or because they take a look at your genre/subject matter and feel they won't be able to sell it, it won't fit in the major sales categories of the moment. It doesn't matter how good the writing is. Emily is talking about fiction writing, but it applies to my area too - memoir writing, in a much bigger way.  Memoir writers are often marginalised and seen as the poor relation that won't make money for the publishers.  But there are many people out there like myself who love to read memoir, true life stories.

Take Mark Dawson, for example, he's an Indie author/crime writer who is currently making a reportedly six figure salary through Amazon and all the other e-publishing outlets.  He's done this using his strategy (being used by increasing numbers of authors) of building up a reader/email list of devoted followers all eagerly waiting for the next John Milton book in the series [about a sort of flawed, ex MI5 assassin turned Robin Hood, trying and often failing to right the wrongs of his past]. Mark runs online courses for authors where he passes on his marketing strategies - if you can rake up the c. £500 for the course.  He is currently in negotiation with a major TV company to film the series.
In this changing face of book publishing, where e-books already have 70% of the market share, why would you want to give up control of your book to the long process (c. 2 years) that a big publisher puts your manuscript through, when you can publish it yourself relatively easy and quickly. With careful editing, good writing skills and an excellent cover design (you might pay an editor/proof-reader and cover designer to ensure the finished product is professional), your book, with the right marketing, can sell well and you're not giving away most of the royalties to a publisher.

The use of comedy/humour in Memoir writing and how to tap into your own comedic talents. 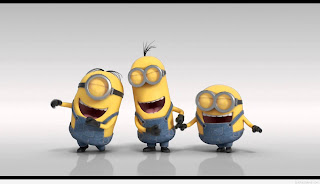 
Today I have a guest author, who I commissioned to write this article on the subject of Writing Humour... I am currently writing a chapter on that topic in my soon to be published book WRITING MEMOIR, How to Tell a Story from Your Life . Dave is someone who knows a great deal about comedy, a lot more than I do. .  someone who can walk into a room and have everybody laughing within seconds - so here's his article - the author? It's David Powell Davies.


The Use of Comedy/Humour in Memoir writing
(much of it can be applied to fiction writing too)
and How to Tap into your own Comedic Talents.
by David Powell Davies


It’s very easy to tell a joke, but to tell it and have people laugh requires comic talent and not everyone is a comedian. However everyone has a sense of humour and can find aspects of life and human and animal behaviour funny. The trick is, not to try to be a funny somebody else, but to say what you find funny. How do you do that? One way is by careful choice of vocabulary which illustrates what you find funny.
A joke :  (I’ve literally just made this joke up to illustrate the use of vocabulary and the pacing or rhythm of line and how it adds to the humour of the situation.)


Ahmed is lying on his hospital bed, seriously ill, he is hooked up to a life support machine. His wife Putri is weeping by his bed side.

Putri has stopped crying, she leans forward with a steely glint in her eyes.

Putri: “Well good luck,” she says switching off the life support  with a smile.


A touch of dark humour, may not be 100% pc - many jokes aren't, but it’s about letting the picture that you've drawn of the character create the humour in the mind of the reader. ‘Steely glint, good luck. With a smile.’ The vocab is succinct and draws the picture clearly. Also the pacing of “25 what!?” keeps the rhythm going whereas  “What did you just say Ahmed?” would slow the whole thing down. Choosing the right word is essential to humour in writing. The only way to do that is practice, read it to yourself, choose again and again until you find the right word.


Which leads on to how a painful, dark, or tragic episode in one’s life can have humorous facets about it. I’m thinking of the book “Crow” and the coffin scene from  my “Fragments Of An Isolated Childhood”. The link between great sadness and sorrow and laughter is paper thin sometimes. A character can say or do something which in retrospect makes you laugh in sheer disbelief. A sombre, sad occasion can be hilarious if placed in a bizarre situation. Dark situations have humour in them and the humour makes them realistic. For example you might be writing about someone with a dysfunction or a dysfunctional family. This can be shown more effectively if you show the light with the dark. For some reason “My Family And Other Animals”  (Gerald Durrell) springs to mind here. Basically the whole family is dysfunctional but the humour is in the way that each of them reacts differently to a situation. Gerald Durrell doesn’t try to be funny but his character descriptions are so finely drawn, we see each of them behaving in their own bizarre way. Another  classic example is Sue Townsend “The Diary Of Adrian Mole Aged 13 and 3/4”.


A character that features in your memoir might be funny in your memory. Why do you remember the person as being funny? Did they always speak in a lugubrious manner. [Here Eeyore, from Winnie the Pooh springs to mind. He's so miserable, it's funny.]
Choose your vocabulary to enhance their mournful qualities. If they speak, write what they say in a slow, plodding, gloomy way. Did they speak with a stutter, a squeaky voice, or a lisp that you found funny. Again a careful choice of vocabulary can recreate them in the reader’s mind.( e.g. Violet Elithabett Bott – ‘Just William’ girl with a lithp.)


I would say as a rule of thumb never aim to be funny. If you’re not a comic, clown, comedian, or naturally funny person who is always looking for and finding the humour in every situation, then it will sound forced and stilted. However if a situation or experience you had at a time in the past was amusing then think objectively about the experience and pinpoint what it was you found funny. That will then be your focus as you recount the moment. Do not try to mold it into being funny, it will sound contrived. Just describe the moment and keep your focus on the core reason why you found it funny. Again carefully choose your vocabulary to aid and strengthen your core focus.  Read it out aloud to yourself. Does it make you smile? Yes? Then good you’ve tapped into the humour of that moment. Remember if it makes you smile, then it will make other people smile. It might not make some people smile but everybody’s humour is subjective.
T..T.. T.. Timing. A comedian knows that if they delay the punch line by a second longer than they should, then they have killed the joke. Or if they have unnecessary words that delay or get in the way then the joke or story they are telling loses its impetus. Ok so you are not a comedian but do not faff around, do not waffle. Again focus on the incident and do not pad it out. Do not add words to make it funny. Keep your writing sharp and to the point. Yes of course use vocabulary that enhances the core humour in your story but be very selective and cut out any unnecessary vocabulary that muddies or breaks the rhythm of your story.


Juxtaposition is very useful in creating humour. Putting unexpected things side by side to produce a funny contrast or highlight an absurdity. Some may remember John Cleese and the two Ronnies in the ‘I’m Upper Class I look down on them,  I’m Middle Class I look up to him and down on him, (And then Ronnie Corbett looks up at them both and then says, ‘I get a pain in the neck’ sketch. Absurd situation and contrast.


Another aspect of juxtaposition is ‘the rule of three’. This is where the writer/speaker is describing something and gives two similar examples to set/ create a pattern but then completely surprises you by breaking the pattern.


For example : Someone could be describing where they live, their environment.


It was a beautiful day. The sun shone warmly on the daffodils outside, the birds singing in the trees and the pig farm next door.


Or a touch of Welsh humour:


1st woman : I see Mrs Jones’s son is back from Oxford University.
2nd woman: Yes, he’s such a clever boy and so handsome.