I wrote a long  poem called The Spriggan for Halloween and I'll be performing live as a witch with two other witches Rosie Canning and Lyndsay Bamfield - they'll be reading haunting tales ... woooo woooo! ... and other story tellers at 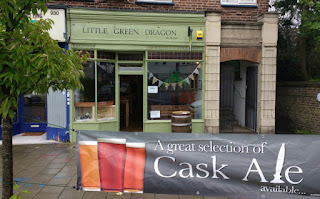 Buses 329 (from Enfield and Palmers Green) and 125 (from Southgate, Whetstone and Finchley) stop right outside the Little Green Dragon.   The nearest train stations are Winchmore Hill or Grange Park (5 to 10 min walk).  The nearest underground station is Southgate (Piccadilly Line), then catch 125 bus.

Here's an extract....  The Spriggan is a faerie/Green Man figure from Cornish folklore - who guards ancient sites and ruins... 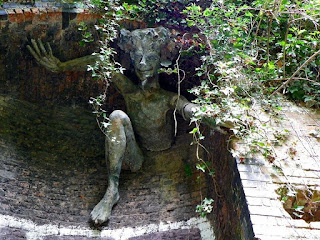 The Parkland Walk is an old railway track that closed down in the 1950s when Mr Beecham decided that many small railway stations were no longer economic.  There was a huge outcry but they closed anyway - stations that closed along The Parkland Walk were such as Crouch End and  Muswell Hill.  Many years later it was rescued from brambles and oblivion by a conservation/ permaculture group, who commissioned a statue of a 'spriggan' to be made by a sculptress.  She built it into the side of one of the arches beside a short tunnel, made of brick.

Dusk is falling on the Parkland walk
the last remnants of walkers quicken their step
they’ve heard the rumours, and the rumours are right.

The goat man’s eyelids open a tiny crack.
The woman pushing her pram hurries past. A low growl
starts deep in the throat of the black dog tied to her pram …
the dog knows, oh yes he knows…
he keeps his head low, stiff-legged as they scurry past,
down the path and out onto the lane.

The last train chuffed its way down this track in 1954.
Nature took over and time stood still. Until in 1984,
the Parkland Walk was born.  Banks of weeds and brambles
were cleared, now Nature was to be conserved but controlled.

High up, where the walk crosses a wide bridge
near Muswell Hill, the lights of London are flickering on,
in a sea of twinkles across to the Thames and beyond.
It’s a clear cold crispy night and a full moon is rising.

The goat man lifts his grey green head, stretches out
cold stiff limbs and looks to the rising moon.  He cocks his head,
listening …‘Can you hear it? Can you hear it? His croaking voice,
rusty as old iron, speaks in a hoarse whisper, to himself.

This is an extract from a chapter in my soon to be published book
Memoir Writing - How to Tell A Story From Your Life. 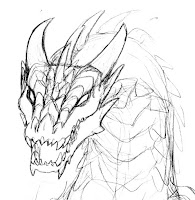 I’ve so often been told, 'writing trauma is therapeutic isn't it?’.  My answer is ‘ Hmmmm… maybe…’  I’ve always found trauma difficult to write about, like some kind of self-torture, re-traumatising yourself by reliving the event.  And looking back I see, not just my sadness but how it affected those around me.  I also see that so many people (out of unconsciousness, ignorance) were insensitive to whatever trauma was being experienced.   I end up feeling the sadness and grief  again.  The isolation of not being understood.
So you don’t always want to dwell on the traumatised past, you usually want to turn your back on it.  Look to the future.
However sometimes in order to heal the past you MUST revisit it, examine it from different angles, realise you were a victim, through no fault of your own, but you survived, you’re a survivor. Then you might be able to move forward and let go.  When you’ve come to a certain point where that’s possible. And that point is different for everyone. Your ‘moving on’ point is unique to you. Accept that. Respect your own self-knowledge.


Some rules for writing about trauma or abuse.


1.    Tell the story simply without being mawkish, over-sentimental.  Don’t go into gory and over-dramatic detail.  Keep the writing spare and factual – showing what happened, not telling, don't wallow. Think of your reader standing beside you, watching the events unfold.


2.    Take care of yourself – only write about it when you are ready (it took me many years, to be ready to talk about losing a baby).  You may never be ready to talk about some stuff. Stop when it becomes overwhelming.  You can push yourself sometimes if you need to (only you know). Remember writing about the trauma or abuse can often feel like being ‘re-traumatised/victimised’.


3.    Be careful who you share or discuss or show the writing to, the first time.  Choose carefully.  Some people may feel they should 'handle' you, be kind and sympathetic to you, do Oprah Winfrey pop psychology on you. Avoid these people.


5.    Think about the target audience, the readers of your memoir. Will they be moved, sad, angry when they read of your experiences?   Face it, often we readers buy books because we want to experience the writer's pain/drama/joy vicariously. . Let the story unfold naturally.
6.    Remember inspire yourself to face your dragons. Put some music on you like, pick up your pen(or your laptop},  and just write - see what comes out.  Give yourself a surprise.