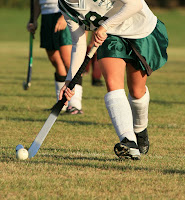 I've never been sporty.  Not at all, not even a little bit. Hockey was compulsory  in my convent school - it involved other girls chasing you round a cold muddy field trying to strike your ankles with a bent flat wooden stick. Or me diving for cover when a small hard wooden ball came shooting towards me.

Then there was tennis. One day, towards the end of my time at the convent, I became captain of the St Winefride's convent blue team -  not by a popular vote I assure you, but by default - no one else wanted the job - that is still happening to me, FFS. Anyway in the annual Eisteddfod (yes this is in Wales), being captain of the blue team meant we had to enter the sports competition. We had to put forward a tennis team.  I'd watched Wimbledon a bit that year - probably because my Dad had it on the TV - I've never had the remotest interest in sport of any kind, it bores me to tears.  One of the TV tennis stars said she'd started off hitting a ball against a wall with her racquet. So I practised that for a few weeks and then our small but useless team entered the competition.  I managed to hit the ball over the net mostly, the rest of the team did not.  Our team came last. The red team won of course  - they had all the sporty types like Angela G, popular, pony-tailed, bouncy and relentlessly cheerful.

All of that is but background to my scuba diving experience - notice the singular. I must have been watching some stunning David Attenborough underwater filming of the ocean.  How lovely I thought to be able to don a wet suit and mask and breathe underwater, while exploring the gorgeous coral reefs of wherever. 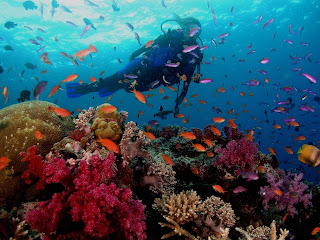 I went swimming in a local swimming pool and there was a poster.  I signed up at once for a free exploratory class. OK it wasn't the ocean but, you have to start somewhere. I turned up there on the evening mentioned on the poster, having spoken to someone by phone. I was wearing a bathing costume and bathing hat and was in my early 50s, not very fit, slightly overweight.

I was met by a great huge hairy man, who I can only describe as 'meatloaf'. He was about 6 foot 6" and weighed c. 20 stone plus.  Each hand was the size of a plate of steak and chips.  He talked me through the health and safety manual, which always means I switch off and stop listening. I got neck ache looking up.  I nodded and smiled and my thoughts drifted elsewhere - swimming alongside David Attenborough, filming sting rays and octopus probably. 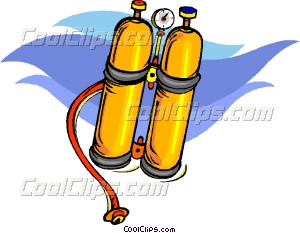 Reality check.  He picked up, with one meaty hand, two oxygen cylinders strapped together in a blue harness entanglement.  He said I must lift them up and put them on.  He placed them beside me.  'OK,' I said, thinking 'no problemo my son', and went to lift them up and swing them onto my back like a back pack.  That's when I found out.  Those things literally weigh a ton... no literally, I could not lift them off the ground. WTF they're full of air right?  How come they're so heavy? It doesn't make any sense.

He told me to turn around.  We are by now at the side of the swimming pool. Lots of other trainees were already in  the water, diving in the diving pool, seemingly with ease.   I turn around and he swings the oxygen cylinders off the ground one-handed as if they were feather light and kind of drops them onto my back - I was leaning forwards.

I fell to my knees with the weight. He lifted them off  again and we walked further along to the side of the diving pool.  This time he put them onto my back slowly and carefully as I gritted my teeth, bracing my legs not to fall to my knees again.

Then I went down the ladder into the water - fairly quickly, as I knew the great heavy things would become lighter in the water.  I pulled down my mask into place covering my nose and eyes.  Put the mouthpiece - a big rubber thing you grip with your teeth  - into my mouth.  The mask kept steaming up.  Mr Meatloaf had told me how to drop down into the deep water.  I tried maybe 10 times.  Each time a searing pain went through my ears into the deepest recesses of my brain.  Each time I'd come up and he'd repeat - 'Hold your nose and blow'.  Each time I did that and start sinking down, then I'd try again.  Each time the same excruciating pain  in my ear drums.  He kept calling encouragement, telling me it was going to improve.  It didn't.

Somewhere around the tenth attempt, I called time.  Enough was enough.  He kept talking about how I should come back next week and we'd try again.  In my head I was thinking, that'll be over my dead body.  But he looked so hurt and rejected as if it was his personal failure - I was his personal failure - that I kept smiling a false smile and nodding.  I got dressed and got out of that building zoom fast and breathed a huge sigh of relief.  Another one bites the dust I thought. Not doing that again.  Ever. 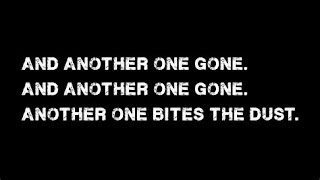 *****
Oh dear I'll need another instalment to tell you about the hang gliding experience and that
time I played squash - yes just the once, both of them. Bet you can't wait. :)