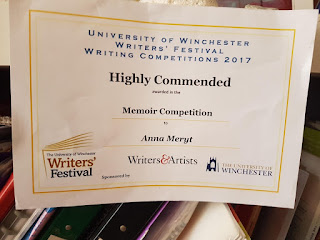 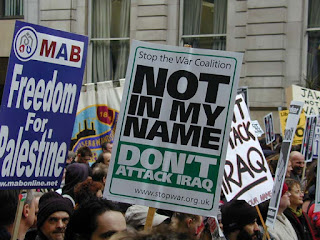 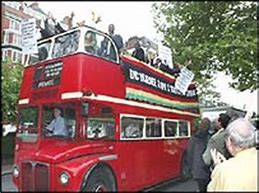 Also in 2003, I had taken part in (and sometimes organised)  mass protests in London, for 7-8 months,  against the regime of Robert Mugabe, in Zimbabwe (the land of my birth), another murderous dictator bent on the destruction of sections of his own people. In theory, he was an elected leader. In practice,  elections were rigged.
All this terror and cruelty that was being inflicted on his own people, white and black, had culminated in a mass protest of Zimbabweans outside Lord's cricket ground on 23rd May 2003, because the ECB (English Cricket Board) had permitted a match of Zimbabwe v England to take place at Lords Cricket Ground, London..
The Zimbabwean cricket team had been hand-picked by Mugabe to exclude those who were MDC members and therefore politically opposed to him.  I, great cricket lover that I am [I'd rather watch paint dry]) had bought a ticket and waited for an opportune moment.  Then I'd walked calmly onto the pitch with my large anti-Mugabe poster held high (BOWL OUT KILLER MUGABE it said) and stopped the match at the start of play - albeit temporarily. This was reported widely by all the tabloids. I was arrested and charged with 'Aggravated Trespass' and given an injunction not to go near any cricket matches [oh dear, what a shame). All of these events, including demos outside the grounds made by many other Zim protesters  got maximum publicity.
We'll see what all this context research does to my story - enrich it I hope.  The challenge will be what to put in and what to leave out.  As a writer, you have to keep the focus on your own story thread and not get too diverted - or your reader will lose interest.  Watch this space.
Posted by Anna Meryt - About Me