The Death of Andrea Levy ... plus memoir writing course

Read on for article about the Death of Andrea Levy


Want to write a memoir?
Have you got a story that needs to be told? A big event from your life? Do you want to explore how to plan it, write it, print it and sell it? Do you want to know how to become an author, with a book for sale?
Next Memoir writing course starting at 5-6.30 pm on Sun April 28th in North London (near Turnpike Lane on the Piccadilly Line.) SMS Anna Meryt on 07852229655 to enrol or more info.

The Death of Andrea Levy 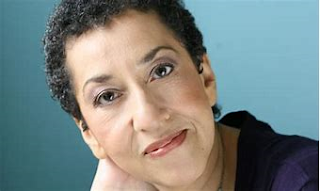 'You take what you know and shape it in to a story'
Yesterday I heard of the death of Andrea Levy, author of such prize winning books as Small Island and The Long Song,  those wonderful fictionalised stories - the first based on her parents’ arrival in the UK from Jamaica – her Dad arrived on The Windrush and her Mum, some months later. 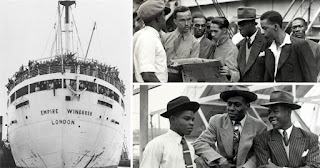 The second based on the end of the slave trade in Jamaica. I heard her do a reading one time, from Small Island and she was a wonderful performer/reader/ story teller.  Of course the title, Small Island, refers to both Jamaica, where her parents came from  and the UK where they landed and she grew up – she grew up and went to school near where I live – close to the Arsenal Stadium.  She continued to live in North London and wrote Small Island mainly in the reference room of Hornsey Library in Crouch End, London N8, which is also one of the libraries where I go to write.

I had seen Alan Yentob’s affectionate interview with her a few months ago (as part of his Imagine series) and she had briefly referred to her long  illness – she was diagnosed with breast cancer 10 years ago and she reported that it was now ‘terminal’.  She was matter of fact and brief in her discussion of it.  She was also matter of fact and brief in answering Alan Yentob’s questions about the death of her mother, which clearly was a source of great pain for her.  At one point she says, gently but firmly, when he tries to sneak in a question ‘Alan, what part of  - I won’t discuss my mother’s death - did you not understand?’

Her work, as she has said, highlights the history of the Caribbean peoples in the UK in the 40s and 50s, people, whose near ancestors were slaves of the British Empire, working the plantations  on Jamaica and Barbados and all the other British owned islands of the Caribbean.  When the slave trade was abolished by Britain in 1833, the plantation owners got huge financial compensation and slaves got nothing.  Many former plantation owners settled in Marylebone in London where they built fine town houses with the proceeds.  Remember that next time you go to Marylebone. The descendants of the slaves were in that immigration rush after WWII, returning to, as they saw it, 'the Mother country', where they were needed to rebuild a Britain ravaged by 6 years of a terrible war. 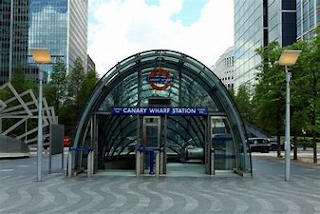 And remember that too if you travel to Canary Wharf tube station.  Turn right outside the station,  past the huge gleaming bank tower buildings. Walk down some steps and then left along the old wharf – the old Victorian warehouses for storing sugar cane are still there.  The wharf in front of these, is where slaves were off loaded and stood in shackles – being auctioned to the highest bidders – men, women and children.

The Long Song features one particular slave who had a relationship with a plantation owner and later a child by him.  When Andrea Levy started researching her own ancestry, to her surprise she found that her great grandmother’s life mirrored the story of Miss July in The Long Song.
The news of her death on February 15th 2019th was not therefore too much of a surprise to me, but somehow still a shock which made me cry.  Her work has highlighted a dark part of our British history which had seldom been written about.  I will continue to celebrate her life and mourn her loss