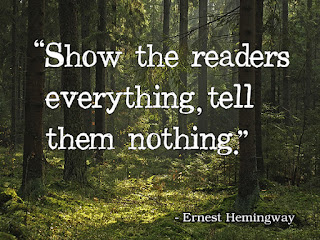 Show don't tell is an important part of a writer's rule book.
I realised the other day that it's also an important life rule.

Generally it's older people who want to impart their knowledge wisdom and experience to younger people.  Younger people often resent this and raise their eyes to the ceiling.  But I've also noticed that the young expect older people to know nothing about,  for example, technology and are dying to give the old folks the benefit of their knowledge.

Frequently, this is the fault of the older generation, some of whom make a religion out of being luddites, boasting about their lack of expertise and/or interest in technology.  This then means that younger people tar all with the same brush.

This luddite behaviour amongst older people really annoys me, because as a result, younger people have an excuse to patronise and 'be kind' to older people and treat them like idiots in the technology department. For someone like me who taught IT in the 90s, often before many of these were born and who knows quite a bit more about technology than they do, it's especially annoying.

The other subject area where everyone (I mean everyone) nowadays has become a self professed expert is nutrition.
I read a lot about nutrition in my younger days to counteract my children's various ailments. I was aware that I knew more than most people about vitamins, minerals, sources of B vitamins, protein, carbs etc.  I switched to wholemeal bread and bought organic potatoes, onions, carrots from the late seventies.  I became a vegetarian in 1983, having studied how to balance proteins properly in a veggie diet (pulses, soya products, cheese/dairy/eggs (if you eat it) and nuts).  I was considered by most friends and family to be a bit weird and somewhat annoying.  I didn't talk about it or lecture about it, but I didn't eat meat. There were no vegetarian restaurants.  If you went for a meal out and said you didn't eat meat, mostly the response was ' ... er we've got salad?'   Attitudes began to change in the early 90s - now  a lunch venue might have ONE veggie option  '... er we've got goat's cheese?'  Goat's cheese has always induced nausea in me ... I can't eat it.  Besides if you're vegan, what do you eat?

Where, you may well ask, is all this leading to?   Well today, have you noticed, that now EVERYONE has become a nutritional expert.  Vegans and vegetarians abound. Facebook is constantly full of nutritional horror stories.  Don't you DARE put up a picture of a nice meal you're having somewhere.  You will be lectured about the dangers of eating soya, fruit (pesticides), cheese, rice, potatoes, anything.  Those eggs you're eating are they free range organic, no REALLY free range from a small farm where chickens peck in the open? Is that bread gluten free? Gosh all that sugar in that cake! Many of these recent 'experts' drink large amounts of alcohol in the evenings. This won't stop them lecturing you either face to face or via Facebook about what not to eat - mostly anything except raw organic carrots.

What's all this got to do with 'show don't tell'?  I had a light bulb moment, listening to myself talking to someone a lot younger the other day.   When you tell someone in that tone, that let me tell you how it 'ought' to be done tone'  .... they stop listening. Their eyes glaze over.  If someone does it to me, I stop listening.

I've come to the conclusion (yes it's taken me this long) that the only way to impart your knowledge to others of any age is to (1) wait to be asked - accept it's not going to happen very often or (2)  just demonstrate by your own actions the way you do it.

Show don't tell – the writers’ maxim. In writing it means don't tell a long boring story. Bring your piece of writing to life by making it unfold, scene by scene, so it's happening here and now, with dialogue and action.

And in everyday life? Demonstrate by your own actions, the way you do it and hope they take note. Ultimately you can't change others or the way they do things.  You can only change yourself. . . . 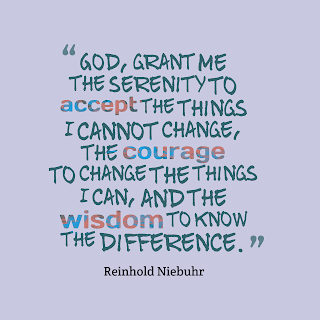 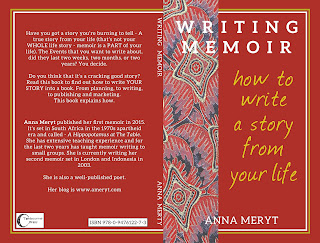 Writing Memoir.  How to Tell a Story from Your Life.

You can buy it on Amazon. available on Kindle  - CLICK HERE]
Writing Memoir.  How To Write a Story From Your Life
by Anna Meryt

Got a true story to tell?  Want to know how to write about it?  Read this book.