YOU ARE THE AUTHOR OF YOUR OWN LIFE STORY 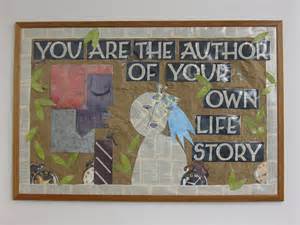 What's the difference between a memoir and an autobiography?  Let's start with that question,  where so much confusion lies. Now get this clear.  A MEMOIR is a part of your life.  An autobiography is the whole thing, the whole life.  OK.  Got that now?  Let's move on.

What's the difference between a memoir and a novel? A memoir writer 'stands behind her story saying :this is true.  What is important about that assertion is the effect on the reader - he reads it believing it to be remembered experience. ... 'if the writer presents it as fiction, the reader will usually perceive it as fiction ...'
'when you name what you write memoir or fiction, you enter into a contract with the reader.  you say 'This really happened'  or you say 'This is imaginary.'
These are quotes from Judith Barrington's book, 'Writing the Memoir'.  It's important to remember the distinction.

I wrote and published a memoir last year, it began when I went to South Africa in June 1975 [A Hippopotamus at the Table] and ended when I left in Dec 1978, so, it covered two and a half years. That was my timescale. I've had people on my memoir writing courses who's memoir timescale ranged from two weeks long to seven years.  If you've got enough material in what happened to you, to write a book covering only two weeks - go for it.  My next memoir will cover a period of 3-6 months. The good thing about memoir writing is that you may only want to focus on the one event - you've had something interesting happen to you and that's the story you want to tell.  But if you've had an interesting life -  you can break it down into several memoirs.
For those who want to explore the idea of writing a memoir further, if you're free - come to my next course.  What's important at the beginning is that you've got a story you want to tell and you want to know how to do it.  The course will get you started on the road to exploring that.