Oh you people, I see God in the flowers, And you see Him in the graveyards. 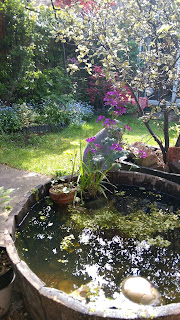 'They accuse me of atheism!
Oh you people, I see God in the flowers,
And you see Him in the graveyards,
That is the difference between me and you.'


Omar Mohammad Batawil was a 17 year-old freethinker from Yemen, who shared his thoughts and criticism of religion and religious scholars and institutions on his facebook page. He was accused of apostasy and murdered on April 26th by an Islamist group.

I decided to write about this a few weeks ago and now I can't remember why.  Was it because this young man's death was so shocking.  Partly, Most of all I think it was the beautiful simple words he left behind.  Today they are rioting in France : 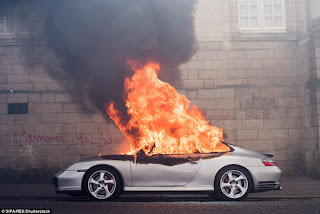 'The demonstrations as well as work stoppages, notably in the aviation and public transport sectors, were the latest actions in a protest wave that began two months ago.


Opponents of the reform, billed as an effort to reduce chronic unemployment - which stands at 10 per cent overall - say it will threaten cherished workers' rights and deepen job insecurity for young people[Read more: http://www.dailymail.co.uk/news/article].

10% unemployment and they riot in France.  In Zimbabwe, the economy, destroyed by Mugabe makes it now the second poorest country in the world.  For 10+ years now unemployment has been at 90%.  YES that's 90%.  That's why 82% of the wild animals ranging the reserves and plains there have been destroyed -  hunger and starvation of the human population. Animals are food or tusks.

Meanwhile Syria, once beautiful has been decimated, the ancient monuments of Palmyra bomb blasted and traumatised people are fleeing to the West, looking for sanctuary.  Women and children have seen torture and beheadings and the ones that have made it to Europe are damaged and traumatised.

And in the midst of all this Omar Mohammad Batawil, a 17 year old from Yemen,  writes beautiful words and is murdered for them.   He sees God in the flowers and so many of us see God (whatever version you choose) only in the graveyards.  Maybe that's when we notice our spiritual selves, when death confronts us.